Interested in buying Microsoft stocks? Looking into investing in a company with more than 40 years of experience that has created some of the strongest and more used programs around the world? Microsoft is a huge company in the tech industry and buying stocks to add to your investing profile may be a wise decision.

However, before going and spending your money, you need to make sure Microsoft is the right company for you. Not only stock research is necessary to know if your investment will pay off in the future, but traders should consider the company’s business plan, leadership, competition, and long-term development plans.

All of this will provide a better picture of the potential profit that can be made from buying Microsoft stock. But, where do you get started? It’s easy, just follow our step-by-step guide.

How to buy Microsoft stock step by step

In order to start buying Microsoft stocks, you need to first determine the capital you want to invest. And to decide this, traders need to consider that the tech industry is extremely volatile, offering great opportunities to make a profit and an equivalent risk.

Second, traders need to find the right broker to trade these stocks. Most brokers will offer access to these stocks, however, Microsoft also offers the chance of buying shares directly from them with Microsoft’s Direct Stock Purchase and Dividend Reinvestment Program.

Now, it’s time to buy Microsoft shares. To find them, look for MSFT. Stocks can be bought right away or using a limit order, which means buying them at the moment the stock reaches a particular price.

Why is it a good idea to buy Microsoft stock?

Traders interested in Microsoft stocks should know there are very positive prospects with the growth the company can achieve.

Microsoft is involved in diverse areas, including but not only computers. Apart from having Windows, Office, and Xbox, the company is involved in programming networking and cloud computing systems.

Microsoft has also started towards the path of success thanks to their strong CEO and the modernization the company started implementing. An interesting aspect to consider is that the company has a much more collaborative policy, quite different from what Microsoft used to be, and definitely a strategy that is leading the company to higher profits.

The company counts with more than 43 years of experience, which shows its capability to adapt to the times and overcome difficulties. This should not be overlooked since it shows the commitment of Microsoft to keep up with the times.

As with all stocks, there are also some drawbacks that traders should keep in mind when choosing this company to add to their investment portfolio.

The first aspect to consider is how Microsoft relies upon their PCs side of the business. Experts are not sure of what the future of PCs will bring, and there are some negative predictions on what it is to come. With mobile technologies on the rise, the future of PCs is still unclear.

But an aspect that preoccupies traders considering investing in Microsoft is that there are several competitors now that have gotten up to Microsoft levels. Companies like Google, Sony, and Amazon are now competitors of Microsoft. While this can create positive competition and therefore push companies to move forward and continue developing and coming up with innovative ideas, it also means there is a higher risk of other companies getting ahead and depreciating the value of Microsoft stocks.

The last worry of some experts is how much a company can actually expand when it’s as big as Microsoft.

Overview of the company

Microsoft, created by Bill Gates in his garage, was born from an idea, as most great companies have. Bill Gates and his friend Paul Allen used to discuss how life would be with computers in homes and offices. The idea was innovative and it seriously changed the world.

They found an article from Popular Mechanics about personal computers and decided to create a program for it. It was approved and that was how it all started. It was 1975 and the business was named Micro-Soft with Bill Gates leading the company.

In 1980 they created MS-DOS, the first most successful operating system and the one that put them on the map and got them a deal with IBM. MS-DOS evolved into Windows, and we all know how popular this operating system is still today.

But the company expanded to other major software programs that helped them to earn the reputation they enjoy today. Microsoft Office was born in 1990. This trend continued on the same path and by the early 2000s, the company had a strong suit of software and hardware products. But 2001 was the year that the company decided to dive into the world of video game consoles. Xbox was their first bet and it was placed up to the standards of Sony and Nintendo, imposing a major growth for Microsoft.

Today, Microsoft has products in different industries like smartphones and tablets, PCs, cloud computing, social networking, artificial intelligence, data security, and research and brokers. Diversifying its portfolio of products and services means that the company can compensate if things go wrong in a particular industry. It also means they have a much larger number of competitors.

We have collected some technical data on Microsoft to understand the position of their shares in the market right now. This is an extremely brief analysis and by no means should be used instead of proper stock research.

The share price divided by earning per share is 34x, which is rather high compared to other similar companies. This could mean that traders are optimistic about the future of these shares, or maybe the stock is overvalued.

This ratio, short for price/earning-to-growth ratio, is the P/E ratio divided by its growth. A lower value represents a better price to buy the shares. This ratio also offers some insight into the future of the company and the chances to grow.

EBITDA stands for earnings before interest, taxes, depreciation, and amortization. In the case of Microsoft is at 75.5 billion.

This ratio shows the profitability of a company, offering a view on their financial performance, and it’s widely used to consider a company a worthy investment or not.

Microsoft may not be on the same level as companies like Apple, but they hold their fort in the tech industry. They have shown that they can adapt to the times and have started branching out to newer areas, trying to stop relying so much on PCs, which, after all, have an uncertain future.

The company has strengthened its management, leading the company to a more innovative future. Investors interested in buying Microsoft stock can hope for further developments in the future. 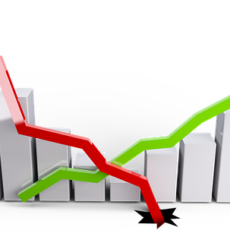 How to buy Caterpillar stock 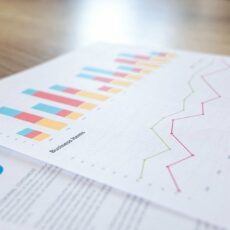 How to buy Johnson and Johnson stock 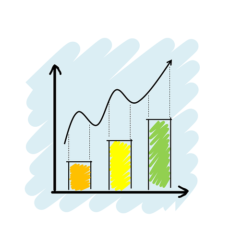 How to buy Coca-Cola Co stock