ExxonMobil has a long history of controversy with more than 150 years in the gas and oil industry. Exxon was for a while number one in the Energy market but ranks today in tenth place.

The company faces huge challenges when it comes to environmental concerns and how they may affect the future of the company. Goals in this area include reducing the emissions to zero by 2050, trying to pay more attention to the climate-change agenda, as well as ethical concerns that are more and more relevant every day.

Before even starting thinking about buying ExxonMobil stock, there are a few aspects to consider. We will present an analysis to make sure you understand the whole meaning of investing in ExxonMobil.

If you decide ExxonMobil stocks are right for you, then we have designed a step-by-step guide to help newer traders to buy Exxon stocks.

Exxon has performed quite well recently. They have reported higher revenue than expected. The company has maintained its capital thanks to recent cuts, and more cuts to come.

The company has continued with its dividend scheme, committed to paying quarterly, only able to do it by reducing expenses and even by laying people off. This has posed a bit of controversy since their commitment to shareholders is admirable, however, the ways to do so are questionable for some.

For the future of the company, ExxonMobil has presented a spending plan much lower than initially stated, trying to reduce spending to make up for the losses experienced in 2020. The company also plans to invest around 30 billion dollars in investments and development.

Exxon continues to grow but to a much lower rate. Ideal circumstances for investors would be at least a 25% sales growth rate. For the last three years, Exxon’s growth has fallen to 13%. Maybe a worrying sign for some traders.

ExxonMobil ranks number 10 in the list of companies with the largest market capitalization in the whole world. Among the other companies in that list, only one other has a longer story than Exxon. Competition and financial strains have to be considered when buying ExxonMobil stock, as well as a few other considerations.

ExxonMobil has a global presence, which is also supported by big and powerful people, with operations in every continent. This makes the company a safer investment for those looking to put their money in a company with a long story behind them.

One aspect that has made ExxonMobil an attractive investment is its dividend scheme. They are famous for increasing their dividends year after year for 30 years now. As an example, we should mention that in 1989 when their dividends were installed at 0.22 dollars, the last one paid by the company was up to 3.48 dollars.

Another area in which Exxon excels is its reputation in the oil industry. ExxonMobil is the largest publicly traded oil and gas company in the whole world. They play a massive role in the daily running of all developed countries.

Climate change has put ExxonMobil in the spotlight as fossil fuels are a very questionable source of energy at the moment, with governments and companies pushing for more environmentally friendly options.

One of the aspects that makes Exxon a controversial company is their spending in forcing the ignoring of the public settlement on climate legislation against the company. That is not to ignore the news from oil spills in Brooklyn and Baton Rouge, as well as incidents with pipelines in Russia. All these events have dear consequences on the environment, threatening wildlife. In fact, ExxonMobil has been rated the 16th most water polluter in the whole world.

As investors consider buying ExxonMobil stock, they should make sure their own beliefs and principles align with the ones from the company.

How to buy ExxonMobil stock?

The first step to decide if Exxon is the right investment for you is to decide how this investment fits in your portfolio and which strategy you’re planning to stick to. Additionally, if this is an investment that suits your portfolio, deciding how many shares to buy is the next step.

Experts recommend not to invest more than 10% of your total capital in one single company or even one single industry.

Buy ExxonMobil shares with a broker

Now, it’s time to pick a broker that fits your trading style and level of expertise, and that will offer you the tools to achieve your financial goals.

Making sure the broker is regulated is of utter importance. Regulated brokers are more reliable, serious, and safe.

Other considerations are costs since fees and commissions can have an impact on your earnings. Traders should also consider how intuitive the platform the broker offers, as well as the features they have on it since many research and educational tools can usually be accessed from the platform itself.

Once you have chosen your broker all you have to do is create an account and verify it. The process is very similar to opening a bank account and the verification can take from a few hours to a few days. The following step is to deposit the money you are going to use to buy shares.

Learning about the market ins and outs is a must in order to find the right entry point to guarantee your investment will pay off.

ExxonMobil is listed on the New York Stock Exchange under the name XOM. The company was created in 1999 after a massive merge, and it was the beginning of the largest petrochemical company in the world.

Stock can also be bought directly without needing a broker. The company offers low fees and a small initial deposit.

The company hit a rock in 1989 when a shit dropped 10 million gallons of oil into the Alaskan sea. This was and still is one of the largest disasters in the history of the whole Energy industry costing Exxon more than 500 million dollars in fines.

In 1998, Exxon merged with Mobil, creating the now named ExxonMobil Company. The merge meant that for every share Mobil investors had, they got 1.3 shares of the new ExxonMobil.

ExxonMobil has a long story of denial when it comes to climate change and global warming, refusing to accept responsibility for exploiting fossil fuels. The company has also been accused of wrongly dealing with human rights.

As traders can see, there is controversy when it comes to investing in this company. They should make sure their principles and believes align with those of the company, otherwise, they may contribute to the success of a company that challenges those principles. 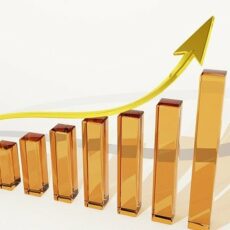 How to buy Boeing stock

How To Invest In Stock Market

How to start online trading?