Everyone knows Coca-Cola. The brand has more than 100 years of history and their soft drinks have a presence all around the world. Coca-Cola can be found published in the NYSE under the ticker KO. So, the first step for traders looking to invest in this company is to find a broker that offers access to the market.

However, is this the right time to buy Coca-Cola stock? There are many aspects to take into consideration, since the company, while always looking to stay ahead in the innovation area, it also has fallen a bit behind, giving space to the competition to start earning their own places.

There is no doubt that Coca-Cola is one of the most recognized brands in the world, and their shares have reflected this by being in constant demand. This has actually created particular circumstances when it comes to Coca-Cola stock since their value is mostly determined by their demand. A factor not to underestimate when considering becoming an owner of Coca-Cola stock.

We have created a guide for traders to buy Coca-Cola Co stock, as well as a few analyses on the company and its current situation, hoping to help investors decide if this is the right company for them to invest in.

As we have mentioned, Coca-Cola Co’s share prices are determined by consumer demand. This is related to brand loyalty and has a strong effect on how much their shares are appreciated in the market.

Brand loyalty comes also from a long history of the competition between Coca-Cola and Pepsi, which was used in marketing to strengthen customer preferences. Other competitors of the brand are Dr. Pepper Snapple and Red Bull.

Investors have shown interest in the Coca-Cola Co stock also due to their dividend payment scheme, which has increased yearly. Apart from making a profit from the difference between buying and selling shares, investors have the opportunity of making a more passive but still significant profit thanks to the dividends, and this can be an attractive point to choose Coca-Cola Co stock over others in the same industry.

But times have changed, and Coca-Cola has fallen behind when it comes to offering what customers want today. More awareness about the dangers of excessive sugar in drinks, and a general trend towards more healthy options have left Coca-Cola at a disadvantage. The whole industry really.

This may have a strong effect on what is going to happen with Coca-Cola Co stock in the future unless the company manages to catch up with the times and produce healthier and more environmentally friendly products.

For the moment, it seems that Coca-Cola can continue to rely on customer loyalty and strong brand recognition to sustain its profits. Their dividends scheme, which is paid quarterly, is also an attractive point to get more investors, considering their dividend percentage has consistently increased in the last 55 years

How to buy Coca-Cola Co stocks step by step

Buying Coca-Cola Co stock is a similar process to buy stocks from other companies. If you are familiar with how this works, then all you have to do is find the company’s ticker and buy the number of shares you want.

If you’re not familiar with how the process of buying stocks works, let’s start from the beginning.

First of all, traders have to find a reliable and safe broker that gives them access to the market they are interested in, the NYSE.

Choosing a broker is the first and most important step for traders setting off on the path towards success. And there are many brokers to choose from!

In order to make a wise decision, traders should ask themselves what type of investors they are, what strategies they are looking to work with, and how much they know about trading in general. Also, they should have clear priorities and goals.

Once this has been determined, traders can concentrate on finding the perfect broker for them, one that matches their style and level of expertise. There are many tools online to analyze and compare a broker’s offers and features.

When traders have found the right broker for them, it’s time to open an account. The process is usually rather straightforward and the verification of the account may take from a few hours to a few days. And once the account is verified, all traders have to do is deposit the money they are going to invest. There are several ways to do this, most brokers accept credit or debit cards payments, transfers, and some even offer PayPal facilities.

Now, traders are all set up to buy shares. And to do this, there are two main methods. Traders can opt to buy the shares at the current market price, placing a position that will be executed immediately, making them owners of Coca-Cola Co stock in a blink. But, there is also the possibility of placing a limit order, which means that traders set up a price and when the shares reach or drop to that price, the order is executed.

There are several advantages and disadvantages to owning Coca-Cola Co stock. In any case, traders considering investing in this company should keep in mind these aspects when finalizing their decision.

Coca-Cola is a strong brand and this is without a doubt one of the main advantages that come from owning their stock. Their marketing strategies have been innovative through the years and they are number one when it comes to beverages, as well as recognized as the strongest brand in the US, for example.

A brand with such a history of success and a recognized name makes for a good investment.

Compared to their competition, Coca-Cola has made a more significant net profit the last year. They are in the midst of restructuring their brand, hoping to concentrate and invest more in the areas that have proven more beneficial, like Costa Café, the second more important coffeehouse in the world.

Investors looking for a safer and less volatile investment can choose Coca-Cola without fear. In the last decade, the company has kept under average when it comes to volatility.

The final benefit of owning Coca-Cola Co stock is the fact that the company pays dividends quarterly, and they have been increasing steadily for more than 50 years now. The last dividend payment in 2021 was 3.12%, which adds attraction to investing in this company.

The first disadvantage comes from the performance of the company in the last decade. The problem is that after years of unprecedented success and leading the industry, Coca-Cola has started to fall behind. Healthier options and a more diversified market, as well as more awareness about the environment, have left Coca-Cola in a disadvantageous position.

A deeper analysis of the current situation of Coca-Cola Co shows that the company has a high ratio between debt and equity, meaning a lot of the growth is supported by debt. This can be a worrying sign since it’s not sustainable in the long run.

A recent event has shown how fragile brands can be when used to send the wrong message. Since Coca-Cola’s brand is one of its pillars, it should be carefully managed how the brand is used.

Finally, their value stock may not be the most attractive at the moment, considering the chances of making a significant earning. In other words, if traders were to buy stocks at the current price, they will end up investing a lot of money to make a much smaller profit.

Coca-Cola is a multinational corporation based in the US. It was originally founded in 1892 and since then it has become one of the largest companies in the beverage industry all around the world. The company has its headquarters in Atlanta and has more than 80.000 employees.

The company earned its success thanks to a carbonated drink invented in 1886 from a recipe created by a pharmacist. Coca-Cola is set up to sell the concentrated syrup to a blotter company that manages the production of the final drink, packaging, and distribution.

Coca-Cola has also created other soft drinks, for example, enhanced water, sports drinks, juice, dairy, and plant-based drinks, tea and coffee, and energy drinks too. They offer their services directly to restaurants and retailers.

The company had its initial IPO (initial public offering) on the New York Stock Exchange in 1919, and the original price of their stock was 40 dollars per share.

In their lengthy history, Coca-Cola has made efforts to diversify their product profile, investing in other companies, the major one in 2018, with Costa Coffee, which boosted their income considerably. Coca-Cola is trying hard to get their brand set in stone apart from the carbonated drinks, which demand may decline soon.

Copy trading: what is it and the best broker available 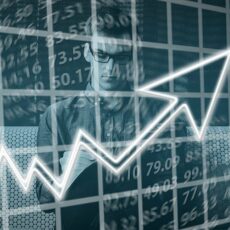 How to buy ExxonMobil stock 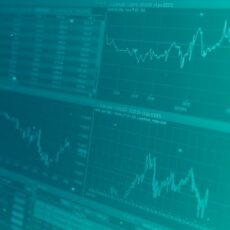 How to buy American Express stock